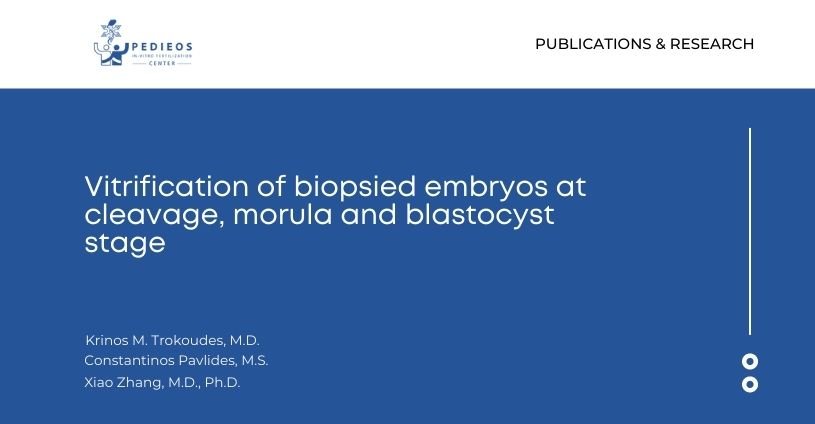 This study investigated the effect of vitrification on biopsied embryos at various developmental stages. After biopsy on day 3, embryos were vitrified at cleavage, morula and blastocyst stages using a commercially available kit. Non-biopsied embryos were vitrified as controls. For day-3 cleavage embryo vitrification, embryos from abnormally fertilized oocytes were randomly allocated to the biopsy and control groups. For morula and blastocyst vitrification, the embryos used in the biopsy groups were obtained from aneuploidy or affected embryos diagnosed by preimplantation genetic diagnosis (PGD). After warming, survival, blastulation and development of embryos in different groups were compared.